Chat with us, powered by LiveChat

What made you decide to do Immerse?

Like most African American churches, we have a weekly Bible class that I lead. But I knew intuitively that our study of the Bible just wasn’t where it should be. Its strange, new Christians were pretty engaged, but veteran Christians rarely participated. When I would ask questions, they would just look down. When I heard about Immerse I was hopeful of what it might do. The book club model appealed to me.

How did you communicate the challenge of reading Messiah in 8 weeks?

I was pretty straightforward with the group. We’re a close-knit congregation, so I told them that if we were going to do this, they would need to read in advance, or it wouldn’t work.

I wasn’t sure what to expect the first week. I knew that in our previous Bible studies, the faithful might glance at the lesson a half-hour before coming to class. But I was seriously blown away! People had obviously read. People who hadn’t contributed for years started sharing openly. Honestly, I couldn’t get people to stop talking. And the conversations were different. I remember one lady saying, “I’ve read this a thousand times and never saw that!” Another participant said, “I didn’t realize Paul was in jail when he said that!”

I held my breath for the next week. Maybe week one was an anomaly. But weeks two and three were more of the same. People had obviously read and the conversations were lively. Frankly, one of the biggest challenges was with me. I was used to carrying the conversations. I had to quickly adjust to the role of the facilitator. The other challenge—and it proved to be a challenge all eight weeks—we never ended on time. No one was looking at the clock. I finally had to cut it off because the children’s workers were getting frustrated.

Wow! Did this impact the church beyond the weekly Bible class?

It did. After week one, people were coming to me to see if it was too late to start and asked if they could get the book (it was funny, but that’s how everyone started talking about it—“the book”). Then week two a lady showed up who I’d never met. Week four her husband came. As it turned out, he wasn’t a Christian, but picked up Messiah from the coffee table and started reading. When his wife got home, he asked her, “What’s this? It’s pretty good.” We had increased attendance and people starting buying extra copies to give to their friends.

Where do you go from here? Have you considered doing Immerse: Beginnings? 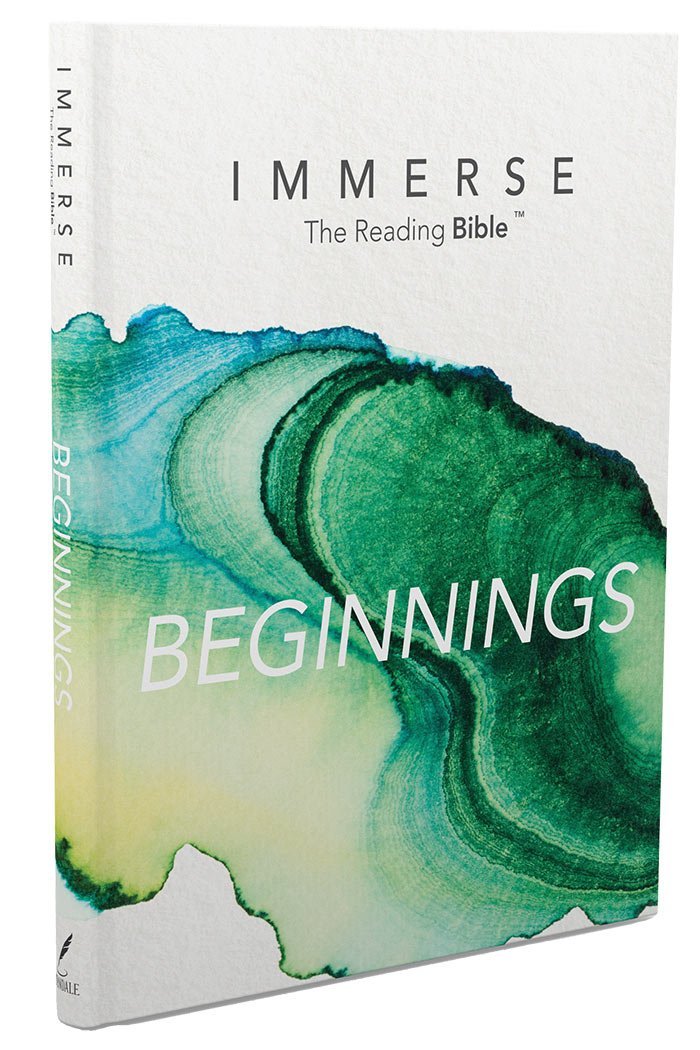 Actually we’ve already started. Immerse recommends a cycle of two modules a year, but we had people asking “What’s next?” so we started Beginnings right away.
I can’t believe it, but we’ve just finished reading Leviticus. And we’ve had great discussions! One of my favorite observations came from a lady who said, “It’s interesting to me with everything that became unclean, there was always a way to get clean again, to get back into the family.”

Honestly for the first time in our church’s history, the Scriptures don’t feel like a burden.